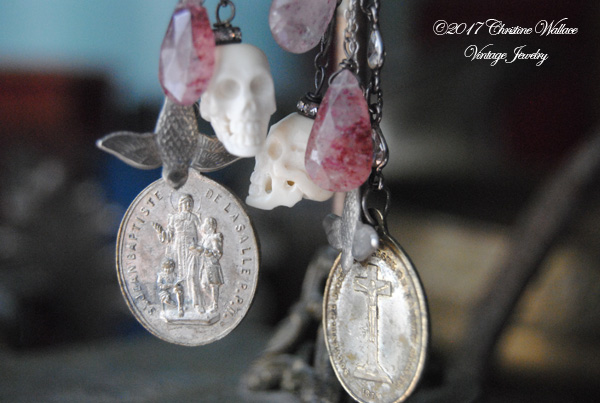 Good day blogland!!! I have a new collection to debut today...it's my very special Memento Mori collection. Wikipedia describes Memento Mori as this:
Memento mori (Latin: "remember that you have to die") is the medieval Latin Christian theory and practice of reflection on mortality, especially as a means of considering the vanity of earthly life and the transient nature of all earthly goods and pursuits. It is related to the ars moriendi ("The Art of Dying") and related literature. Memento mori has been an important part of ascetic disciplines as a means of perfecting the character by cultivating detachment and other virtues, and by turning the attention towards the immortality of the soul and the afterlife. 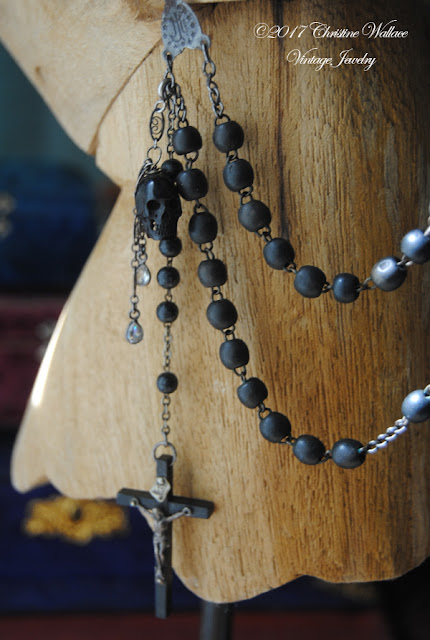 Memento mori pieces were extremely popular throughout the 16th to the early 19th centuries and were often found in religious pieces, such as rosaries, chaplets and shrines.
Here is a peek at my Memento Mori inspired collection that will debut later today in my Etsy shop.... 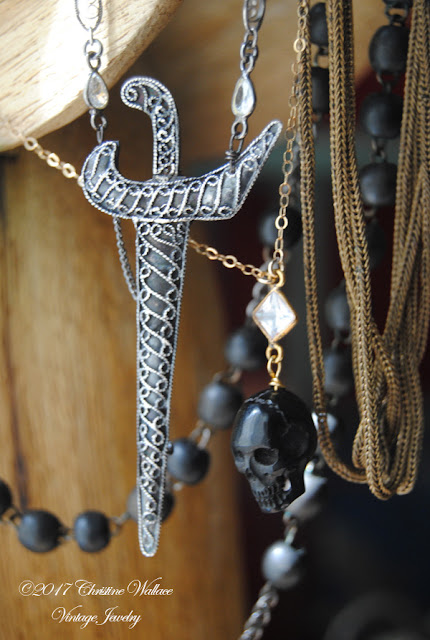 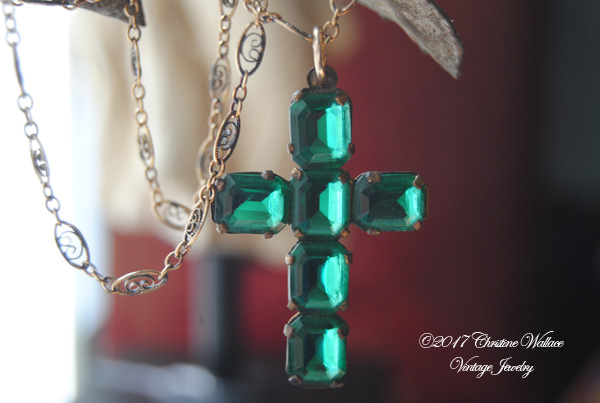 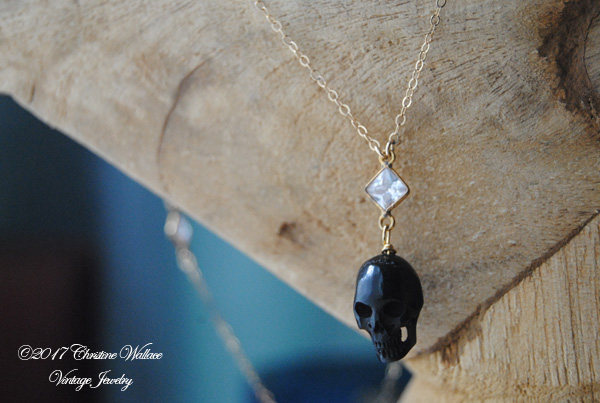 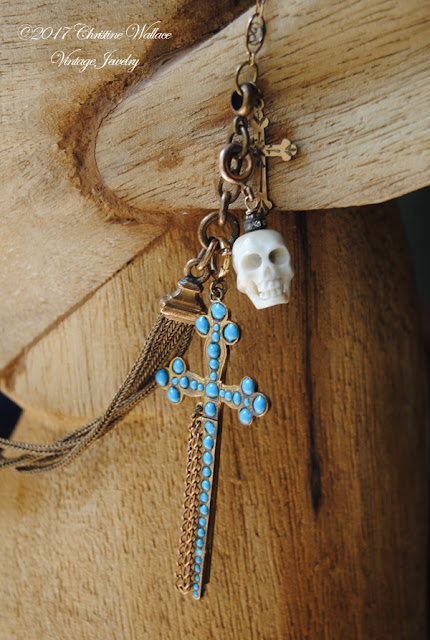 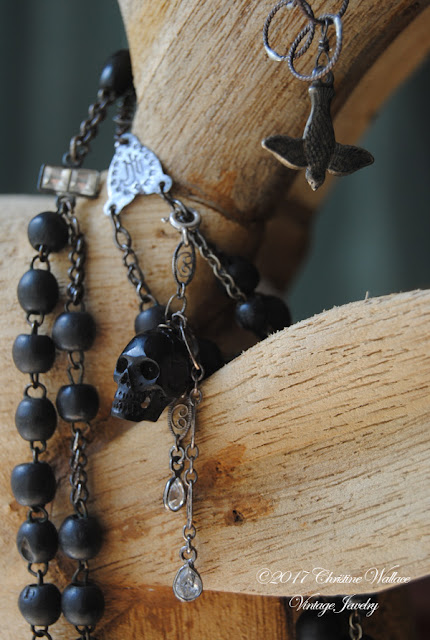 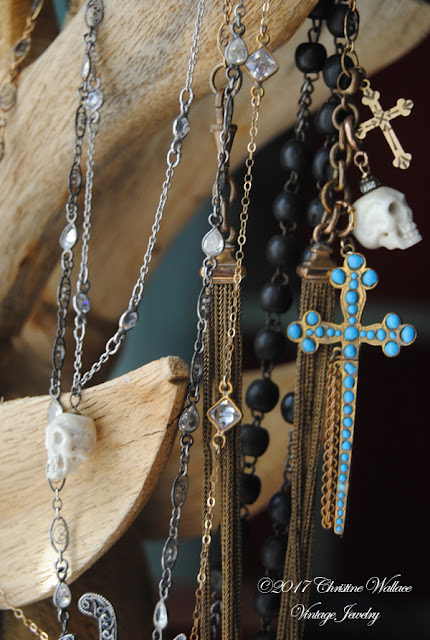 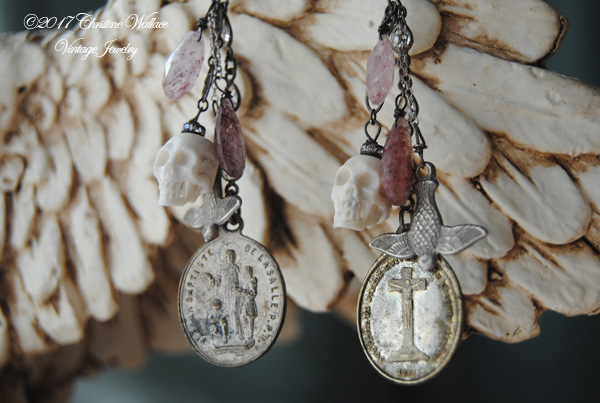 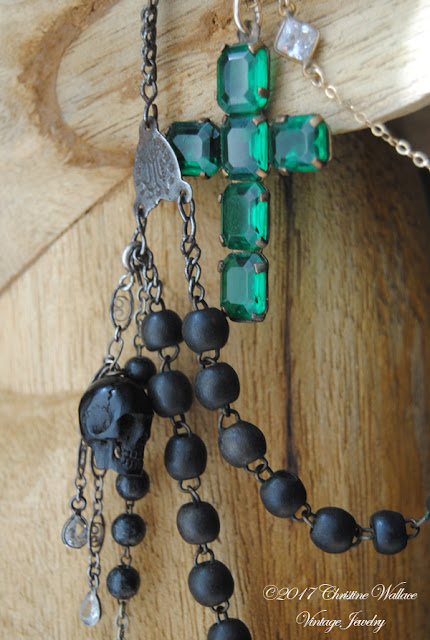 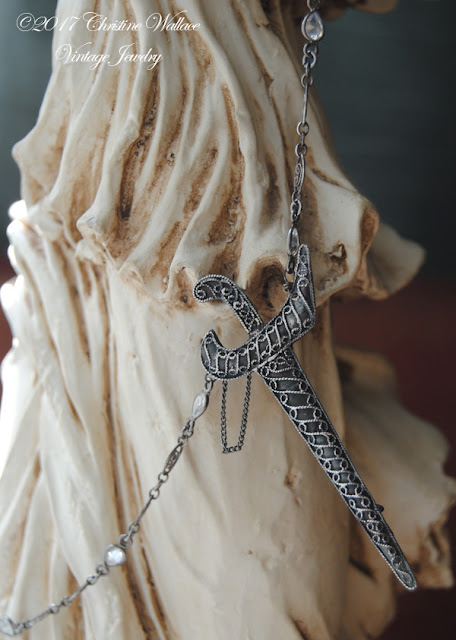 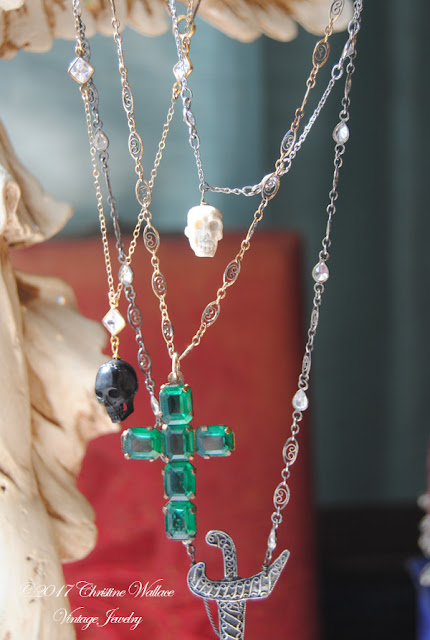 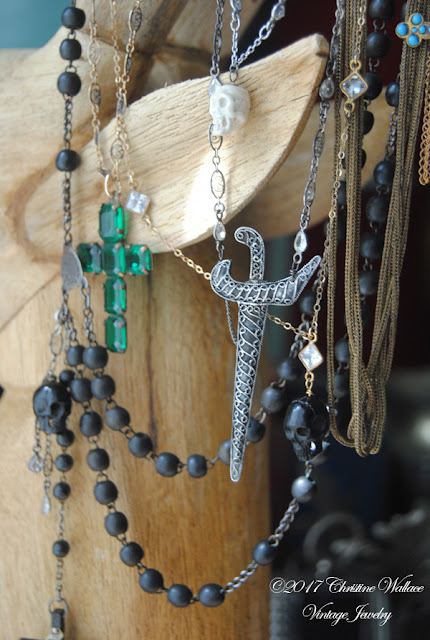 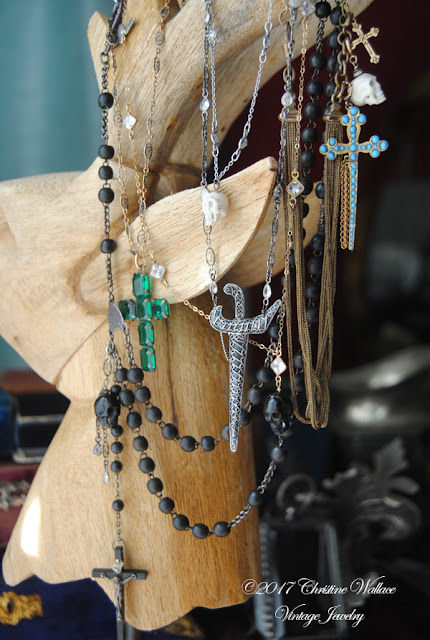 Thanks for checking out my latest collection. Come visit more pictures of them in my Etsy shop later this afternoon. Happy weekend everyone!

Posted by Christine Wallace at 11:38 AM 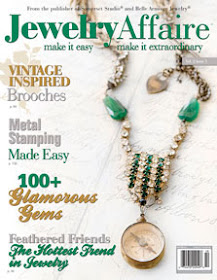 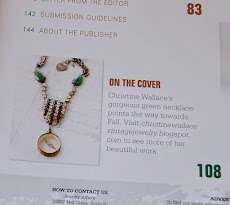 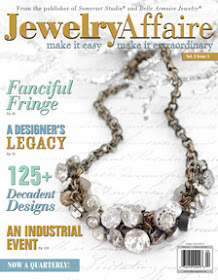 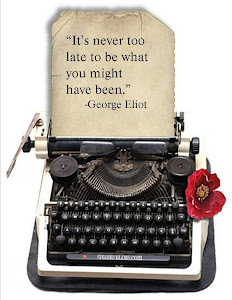 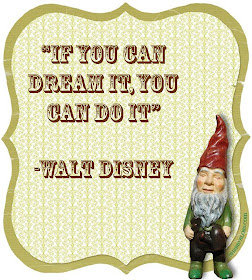 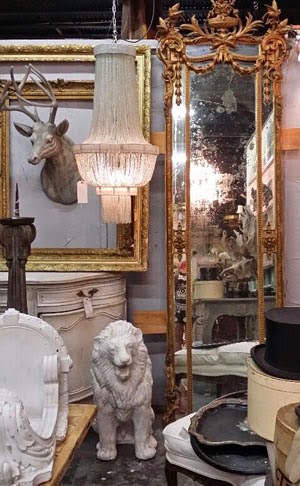 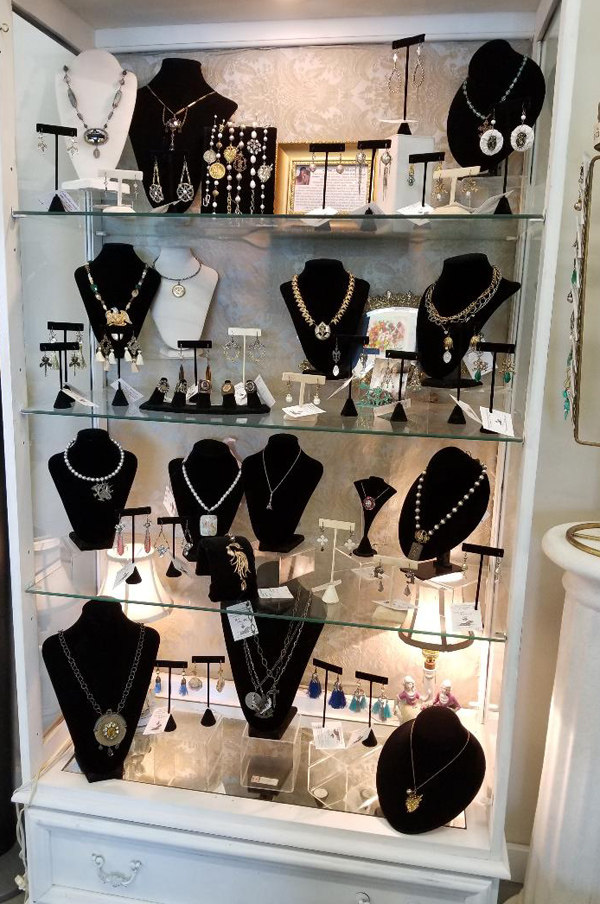